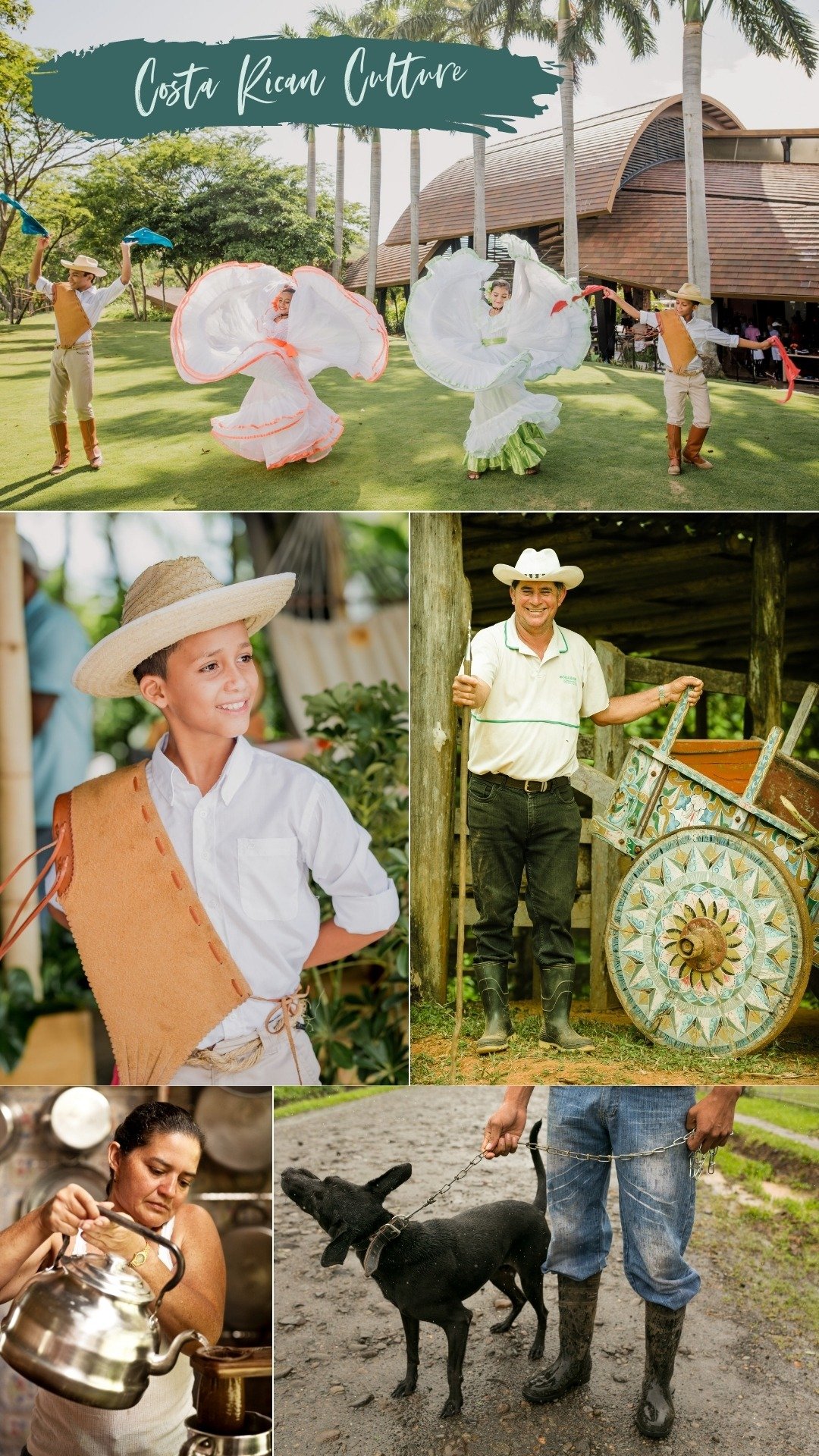 Costa Rica is filled with a rich culture unlike any other. From food and agriculture to the local traditions, we have been fascinated by it all! In this blog, we answer a few questions you may have before planning your next trip to paradise.

How many people live in Costa Rica?
The population of Costa Rica is just over 5 million but it is always growing! More people have come to paradise in the past two decades than ever before. Ex-pats are drawn to this country because of the amazing local food, great surf, focus on sustainability, and the multitude of other reasons this country has been named the happiest country in the world.

Where do most people live in Costa Rica?
More than half of the local population lives in the central part of the country which is called the Great Metropolitan Area or the Central Valley. The valley is surrounded by volcanic mountain ranges and attracts tourists, which is why many locals tend to live and work here.

What language do they speak in Costa Rica?
The local language is Spanish! However, 92% of locals also speak English and 11% speak an additional language. The Costa Rican way of speaking Spanish is considered one of the clearest and easiest to understand. If you are a fellow Spanish speaker, you will hear a particular accent on the way Ticas and Ticos speak. A small percentage of the population on the Caribbean Coast also speak Patois or Mekatelyu, which is a kind of English Creole similar to Jamaican Creole. There are still some indigenous populations that keep their native languages, specifically the Bribri, Ngöbe, Cabecar, Buglere, and Maleku.

What is the traditional dress of Costa Rica?
The Costa Rican folkloric women’s attire consists of a long, colorful skirt with a shoulderless blouse that has shirred fabric around the chest. Traditional men’s attire is black, denim, or white pants with a big red belt, a white shirt, a kerchief around the neck, and a white brimmed hat called a chonete. Both men and women wear leather sandals. Nowadays, Costa Ricans really only wear this at folkloric festivals, school events, or touristic destinations.

How do Costa Ricans dress today?
Now locals dress like in any westernized country. Both men and women wear jeans, sneakers, and t-shirts. In most beach towns, you can find everyone rocking their bathing suit with a cover-up all year round.

What foods are popular in Costa Rica?
The food in Costa Rica is influenced by cultures from all over the world because of the diverse population of ex-pats here. As for local dishes, Costa Rican staples are rice with beans mixed in and vegetables which they eat for almost every meal. They also eat a lot of fruit since it grows so abundantly in the area. We have a blog about every meal here on this Local Food in Costa Rica blog.

What drinks are popular in Costa Rica?
Coffee is a huge one since coffee is the main export here! There is even a thing called Cafecito hour where around 3 pm locals drink a cup of coffee and eat pastries. They also love drinks such as coco locos, guaro, and chiliguaro. We share a bunch of the top Costa Rican cocktails on this blog!

What do people do for fun in Costa Rica?
Costa Ricans are very family-oriented. So typically you can find them all together eating, drinking, and dancing. They also love to enjoy the local activities offered here such as horseback riding, surfing, and more!

What sports are popular in Costa Rica?
Costa Ricans love soccer and most are committed supporters and followers of the National Team.

What religions are practiced by Costa Ricans?
Around half of the Costa Rican population define themselves as Catholics and another quarter of the population says to be non-catholic Christians.

What ethnic groups make up the Costa Rican culture?
The studies concluded by the University of Costa Rica showed that on average Costa Ricans are 45.6% European, 33.5% Amerindians, 11.7% African, and 9.2% Asian.

When is Costa Rica’s independence day?
Every September, Costa Ricans celebrate their independence from Spain, which occurred in 1821. On September 14th at night, Ticos and Ticas have the festival of lanterns to remember those who pressured Central America’s 19th Century leaders to sign the Act of Independence. The following day is Independence Day. On September 15th, you will find parades in every center of town where school children dance and march down their town’s main streets.

Looking for more information on Costa Rica? Check out all of our Costa Rica blogs here!
You can also always contact us or leave us a comment below too with any questions you may have!